Attorney General Bill Barr Will Not Recuse Himself From Russia Probe 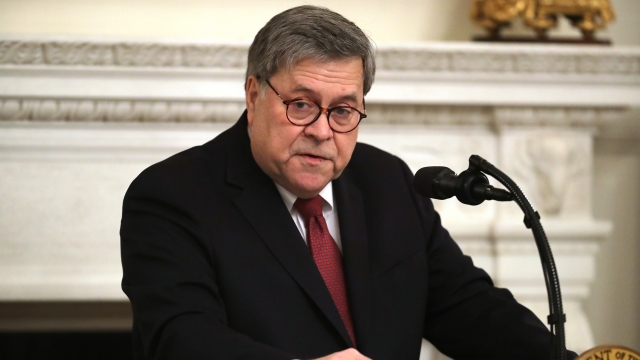 Attorney General Bill Barr is not going to remove himself from overseeing special counsel Robert Mueller's investigation into Russian meddling in the 2016 election. The Justice Department made the announcement Monday.

The decision to not recuse himself comes as Mueller's report is anticipated to be released in the near future. The report will be sent to Barr and he will decide how much of it is made public.

Barr was sworn in as the new attorney general last month after President Donald Trump ousted Jeff Sessions from the position. During his confirmation hearing, Barr said he believes it is important for the special counsel to finish his investigation and that he will "provide as much transparency" as he can.

Democrats are skeptical, though, after he sent the DOJ a 19-page memo on why he thinks President Trump's firing of FBI Director James Comey shouldn't constitute obstruction of justice.

According to CNN, Barr has been working with top Justice Department officials on how to handle the report.