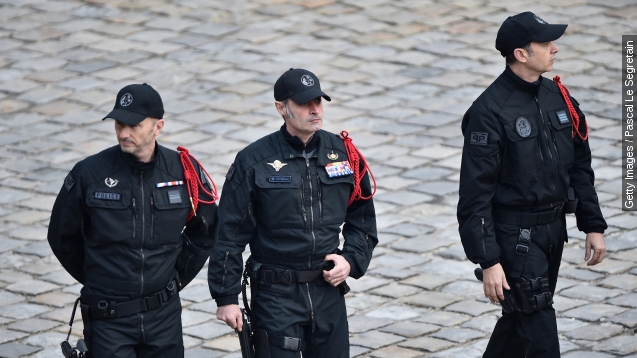 The most important climate conference in years kicks off in Paris this week, but it's been overshadowed. (Video via COP21)

The terrorist attacks the city suffered less than a month ago have shifted the focus away from climate change, and France remains in a state of emergency.

The attacks have also affected the conference directly, with demonstrations and marches prohibited. (Video via France 24)

Police have even reportedly put some activists under house arrest, which they can do without a warrant because of the emergency laws. (Video via BBC, MSNBC)

In the long run, though, what might hurt the climate talks more is the loss of momentum.

Before the attacks, the COP21, as the conference is known, had been called the most important climate talks in history.

World leaders like President Obama and France's President Francois Hollande visited the Arctic and talked at length about the dangers of climate change. (Video via The White House, TF1)

Hundreds of countries submitted goals for curbing emissions, some more ambitious than others, and there was some optimism COP21 could succeed where other conferences had failed. (Video via CCTV)

Now, especially in Western countries, national security has superseded climate change, and coverage of the Paris talks has so far been in the context of the state of emergency. (Video via CBS)

Still, that could change. More than 100 world leaders converging anywhere is a story, and with the conference running through the end of December, global focus could shift again. (Video via Office of Indian Prime Minister Narendra Modi)

This video includes images from Getty Images and COP 21 Paris.