Attack In Afghanistan Kills At Least 7 And Injures 15 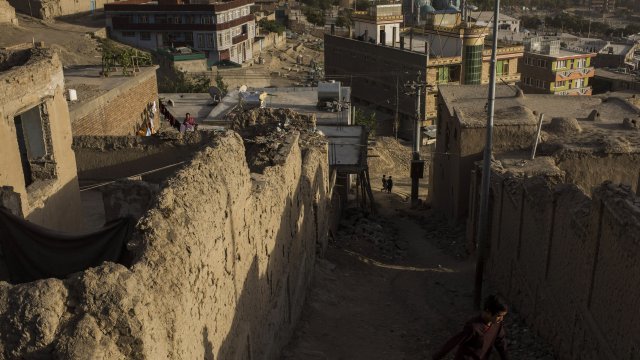 At least seven people are dead and 15 others are injured after a suicide attack in Afghanistan's capital.

Police told media outlets that the attacker detonated explosives at the gate of the Ministry of Rural Rehabilitation and Development in Kabul on Sunday. It happened as workers were starting to head home for the day.

No group immediately claimed responsibility for the attack.

The news comes as the United Nations releases a report saying the latest figures show a continuing record high number of civilian deaths as a result of conflict in Afghanistan.

Nearly 1,700 civilians died and more than 3,400 were injured in Afghanistan between January and June 2018.

The report says that number of deaths is higher "than at any comparable time over the last ten years since records have been kept."