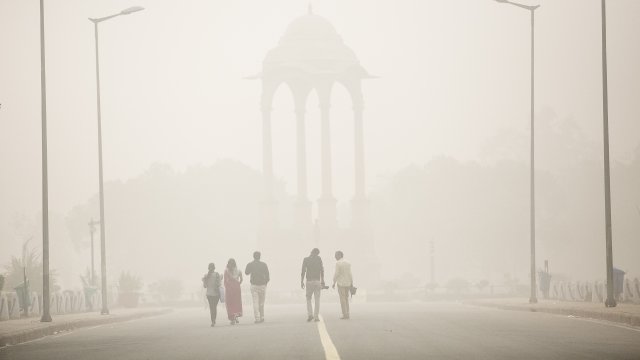 SMS
Carbon Dioxide Levels In The Atmosphere Hit A Record High In 2016
By Briana Koeneman
By Briana Koeneman
October 30, 2017
A United Nations agency says the amount of carbon dioxide in the atmosphere shot up to its highest level in 800,000 years.
SHOW TRANSCRIPT

A United Nations agency says the amount of carbon dioxide in the atmosphere shot up to its highest level in 800,000 years.

And while that might not seem like a big increase, the organization says 2016's jump was 50 percent greater than the average yearly increase over the last decade.

The report cites a combination of "human activities and a strong El Niño event" as reasons for the surge.

And the WMO's secretary general warned in a statement, "Without rapid cuts in CO2 and other greenhouse gas emissions, we will be heading for dangerous temperature increases by the end of this century."

Warnings like this aren't anything new. But environmental leaders are hoping to come up with some solutions soon.

The U.N.'s annual climate meeting will take place in Germany next month. During the meeting, officials will reportedly work on guidelines for the Paris climate agreement, which aims to prevent global temperatures from rising and reduce global emissions.