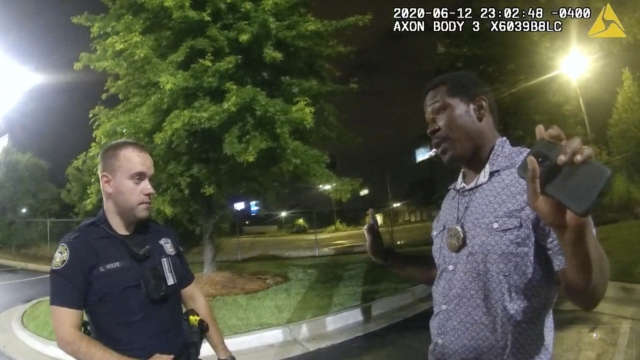 Some Atlanta police officers have called out sick this week in protest of murder charges against the officer who shot and killed Rayshard Brooks.

Brooks, a Black man, was shot twice in the back while trying to run away from police officers in a Wendy's parking lot. Prosecutors allege the White officer, Garrett Rolfe, yelled "I got him" after he shot Brooks. Rolfe was fired and faces 11 charges, including felony murder.

The police force's interim chief told the Associated Press that the sick calls started Wednesday night. He said despite some officers staying home, the department still has enough staff.

Rolfe and the other officer involved, Devin Brosnan, turned themselves in Thursday. Rolfe is being held without bond and was moved from jail to a different facility over security concerns.

Brosnan, who faces charges of aggravated assault and violation of oath by a public officer, has been placed on administrative duty. He was released on bond.

Correction: A previous version of this story incorrectly said Rolfe faced 12 charges. He faces 11. This story has been updated.