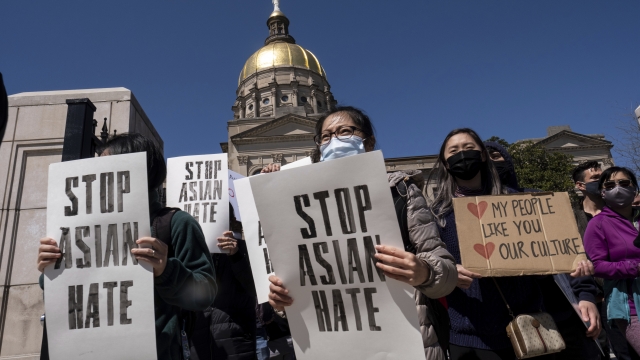 As the Asian American community reels from last week's deadly attacks on Atlanta massage spas, people around the country are coming together to show support.

Protesters shouted, "It is our duty to fight for our freedom. We must love each other, protect each other."

In Atlanta, hundreds showed up in solidarity for a "Stop Asian Hate" rally this weekend. Lawmakers, community organizers and others gathered at the Georgia state Capitol to speak out.

In California, where some 6 million Asian people live, residents marched and spoke up about the attack. Protester Will Lee said, "What the guy did in Atlanta, that was not sexual. He was targeting Asians. He didn't go next door and attack the other spas."

In Chicago hundreds of people gathered, while others in New York marched from Times Square to Chinatown.

The Asian American and Pacific Islander communities have been on edge for the past year as racist and xenophobic attacks have intensified, particularly surrounding bias about the coronavirus.

A 21-year-old man is charged with killing eight people in three different Atlanta massage parlors, Tuesday. Six of the eight victims were women of Asian descent. The shooter claims the attack was not racially motivated, and said it was a response to "temptations" of his sex addiction. Investigators are still trying to establish a motive.