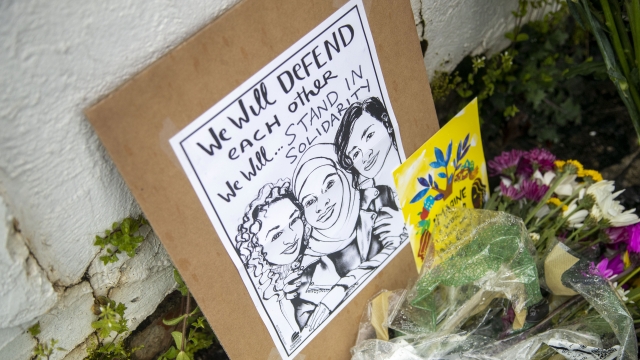 SMS
After Atlanta Attack, Historians Address Stereotypes About Asian Women
By Cat Sandoval
By Cat Sandoval
March 18, 2021
Historians told Newsy the fetishization and objectification of Asian women needs to be a major part of the conversation about the Atlanta shootings.
SHOW TRANSCRIPT

The Atlanta tragedy killed eight people, most of whom were Asian women. The White shooter says it's not racial but sexually motivated -- but some Asian American history experts say the fetishization and objectification of Asian women play a role.

Catherine Ceniza Choy, a professor of ethnic studies at the University of California said, "Chinese migrant women were stereotyped as prostitutes in the second half of the 19th century."

Asian American advocates say race and sexism are intertwined, and both have to be considered in this case.

Russell Jeung, co-founder of Stop of Stop AAPI Hate and Asian studies professor at San Francisco State University, said: "[The shooter] could have gone anywhere and attacked any woman if that were the issue. But instead, he drove around and went to Asian American establishments. And maybe it's the ones that he frequented. But why did he frequent Asian American establishments where women, Asian-American women, worked?"

While we don't know if the businesses or women have any ties to sex work, the website Rubmap, which shows users where to get "happy endings," features sexually explicit reviews of all three massage parlors.

Journalist Lisa Ling says, "This terrorist targeted three Asian massage parlors, and asking the assailant whether this was racially motivated and taking his word for it just seems like a joke to me."

In an article published by USA Today, Elizabeth Kim, who runs a nonprofit that combats sex trafficking, said: "It’s not an either-or proposition. The racism and the misogyny and the violence are very much intertwined."