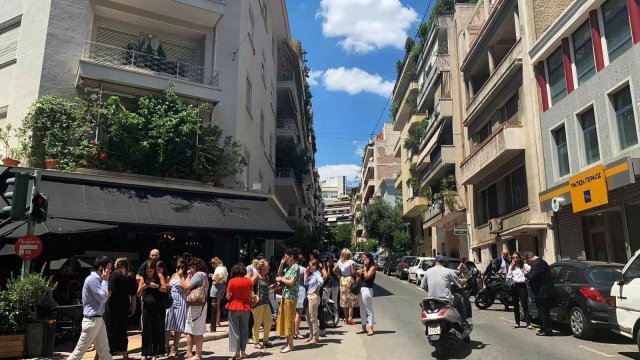 The Greek capital of Athens is beginning to assess the damage caused by a strong earthquake that shook the city on Friday.

According to the Athens Institute of Geodynamics, the quake measured in at 5.1 magnitude. Its epicenter was about 14 miles away from the city.

But state broadcaster ERT said the tremor could be felt miles away in northern Peloponnese, Evia and Central Greece.

A senior seismologist with the Institute of Geodynamics told The Associated Press the earthquake had "a very shallow depth," and that's why it was felt so strongly. And he urged residents to be ready for aftershocks.

A government spokesperson told media that several abandoned buildings were damaged in the quake. No deaths or serious injuries were reported.

Greece is no stranger to earthquakes, thanks to the major fault lines it sits on. But strong seismic activity in Athens is fairly rare. And, as one expert told the BBC, the city was built on pretty solid ground, so there's less potential for major damage.

Friday's earthquake was the first major tremor to hit Athens since 1999, when a 5.9 magnitude quake left 143 people dead and many structures destroyed.