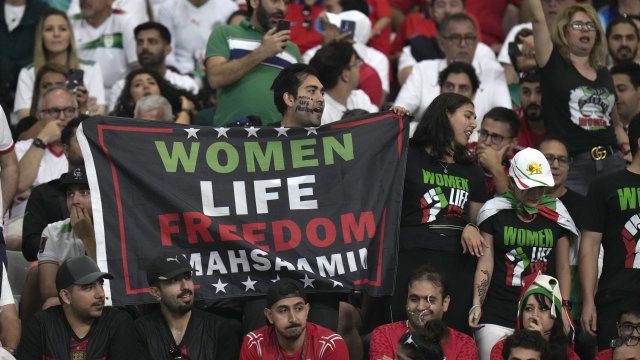 As the Iranian soccer team staged a silent protest during its national anthem on the world stage, fans outside the World Cup stadium loudly let the world know their pain.

"I came here to hear the word of the voice of the Iranian voice and we are here to hear our voice: 'Women, life, freedom," said one protester.

Now, the United Nations Human Rights Chief is sounding the alarm about the situation in the country.

"Since the nationwide protests began on the 16th of September over 300 people have been killed, including more than 40 children. Two 16-year-old boys were among six killed over the weekend, said UN Human Rights Spokesperson Jeremy Laurence.

Laurence says over 40 people have been killed in predominately Kurdish cities in recent days, and in 25 of Iran’s 31 provinces since the start of the protests over the killing of Masha Amini — a 22 year old woman who died after being arrested for not wearing a hijab in accordance with Iran’s strict laws. 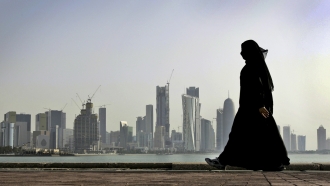 "Of particular concern is the authority's apparent refusal to release the bodies of those killed to their families or making the release of their bodies conditional to the families not speaking to the media or agreeing to give a false narrative about cause of death," Lawrence said.

Multiple members — including Germany and Iceland, who requested the session — are expected to call for an investigation into the crackdown on protests.

Germany’s Foreign Minister said on Twitter recently nobody in Iran “can believe they can commit crimes without consequences.”

The meeting comes as Iran continues to blame the protests — and its World Cup loss — on foreign enemies, including the United States and Israel. The U.S. sanctioned three more Iranian security officials Wednesday over the continued crackdown on protesters.