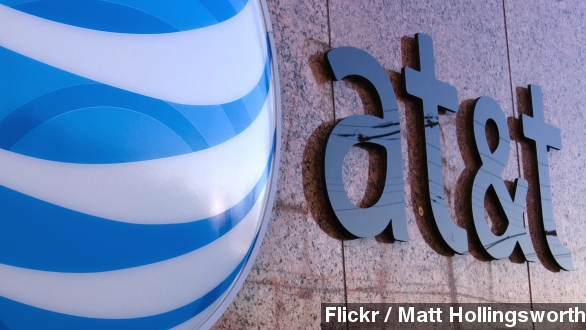 Some AT&T customers were recently greeted with a troubling letter from the company.

Well, troubling might be an understatement. According to PhoneScoop, the letter read in part, "three employees of one of our vendors accessed some AT&T customer accounts without proper authorization." Unfortunately, social security numbers and call logs were part of the data accessed.

The employees were reportedly attempting to get codes from AT&T that would allow them to unlock mobile phones. (Via Flickr / Tim Malabuyo)

By default, most phones are "locked" so they only operate on the carrier network from which you purchased it. When you "unlock" a phone, you're able to use it on other carrier networks. (Via YouTube / defassault)

ITworld reports the employees accessed data "between April 9-21." While the company didn't give an amount for the affected customers, the outlet says California law "requires such disclosures if an incident affects at least 500 customers."

A writer for The Washington Post says carriers' strict phone unlocking practices may have something to do with the breach. "It's clear there are people out there who will compromise our most sensitive information just to make it easier to recycle used devices."

No reports of fraud or identity theft related to the breach, but The Post reports AT&T will be offering affected customers a year of free credit monitoring.