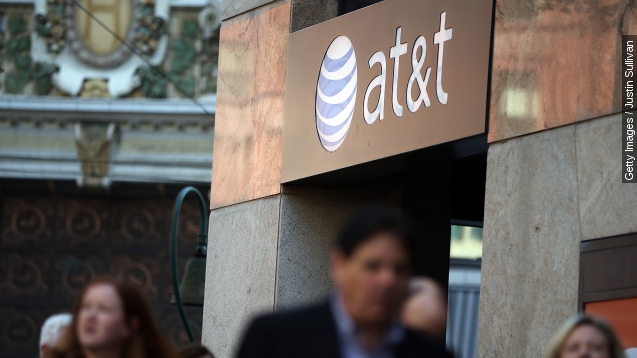 Yet another major telecom is raising the price of high-speed data on its network. But the hike will only affect users with unlimited data plans.

This time the provider is AT&T. Starting in February, the company will charge an extra $5 per month to subscribers who've held on to their outdated "unlimited" plans without upgrading. (Video via AT&T)

Those outdated plans currently cost $30 a month (plus charges for talk and text). Before the rage sets in, keep in mind Verizon and T-Mobile have also tweaked rates this year.

In AT&T's case, the provider says this is the first price increase in seven years. And it's a result of subscribers "using mobile data at record levels" with the expectation that the trend will continue upward. (Video via AT&T)

Other providers that announced data caps and throttling on unlimited plans cited the same trend, because as more people use their unlimited data as advertised, telecoms say it's more likely the performance of individual cell towers could diminish. (Video via YouTube / Jordan Mowbray)

The FCC's wireless spectrum auction, which is taking place early next year, could help remedy cell tower congestion. But that doesn't necessarily mean prices will go back down.