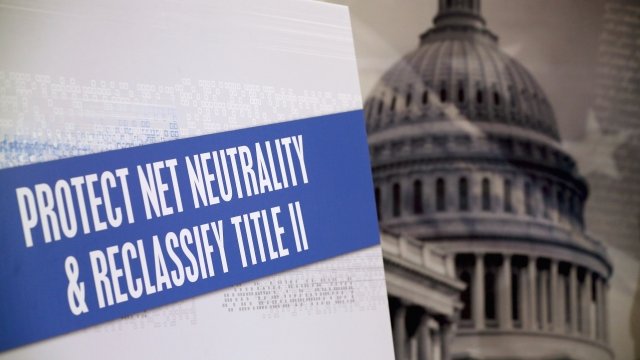 SMS
AT&T Surprises Everyone And Joins Pro-Net Neutrality 'Day Of Action'
By Casey Mendoza
By Casey Mendoza
July 11, 2017
AT&T has butted heads with net neutrality rules before, but now the company claims it's joining the movement to save it.
SHOW TRANSCRIPT

In support of open and fair internet regulations, websites and tech companies like Facebook, Google and Amazon are taking part in a "Day of Action." On Wednesday, hundreds of websites will show what the internet could look like without net neutrality.

But one surprising company is also joining in.

AT&T said Tuesday it would be joining the "Day of Action." The company wanted to make clear its support for an open internet, but AT&T also noted its decision might "seem like an anomaly."

Last fall, the Federal Communications Commission reprimanded AT&T for its "Sponsored Data" program — a data cap exemption that gave preference to DirecTV subscribers and services. In a letter to the company, the FCC said the program could block competition and constrain customers. 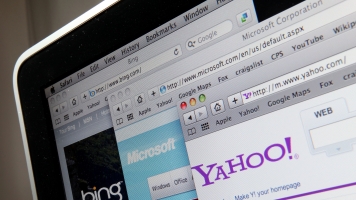 Back in 2015, AT&T was also the first company to be punished by the FCC for breaking net neutrality rules. The company was fined $100 million for misleading customers about unlimited data plans.

Beyond the beef with the FCC, open internet activists consider AT&T to be a main antagonist in the fight for net neutrality.

Battle for the Net, the organizer for the "Day of Action," even called AT&T one of the internet service providers that could try to subvert an open internet.

We should note although a company participates in the event, it's not legally binding and doesn't require it to follow through.