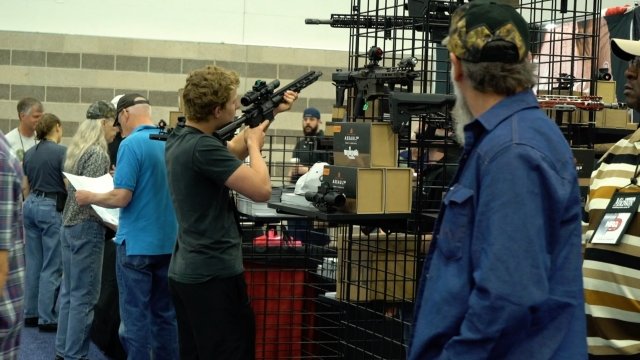 After the most recent school shooting in Parkland, Florida, young kids across the country have been vocal in their support for changes to our gun laws. And typically younger generations tend to stray from the opinions that older generations hold on certain political issues — but not when it comes to guns.

Competitive shooter Shyanne Roberts told Newsy: "The teens that are on TV right now, everybody thinks that they stand for all the teens in the world and everything. And that's not true. I'm a teen. I'm 13 years old. I shoot competitively. And I support the Second Amendment all the way. I don't want stricter gun laws."

A recent poll from Gallup shows that millennials are only 1 percentage point more likely to support stricter gun control. At the NRA annual meeting in Dallas, a few millennials told Newsy there's a lot of reasons why they don't support more gun control. One of those reasons includes growing up around guns, which shaped the way they were raised. 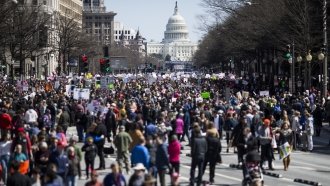 Beyond it being part of their upbringing, some of them believe that more gun control will make them less safe at school.

"What we're told to do in school now is, if there's a shooter, even if you know how to use guns, you're told — our teachers told us to kick the gun away and put a trash can over it," said Sofia Aleo of Tony's Customs LLC, a gun accessories business. "But if they have other weapons they could use against you, it's not going to do much good."

Although millennials are split on the issue of gun control, some polling groups emphasize that they don't collect data from the generation below millennials, often called Generation Z. So the full scope of how young Americans feel about guns today could be more complex.