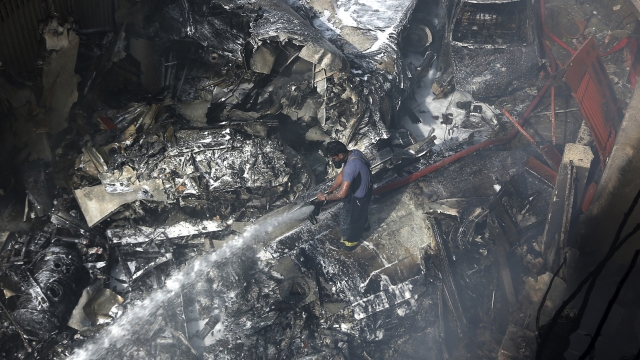 SMS
At Least 97 People Killed In Pakistan International Airlines Crash
By Katherine Biek
By Katherine Biek
May 23, 2020
An airline spokesperson told CNN the Airbus A320 was traveling from Lahore to Karachi when it disappeared from radar.
SHOW TRANSCRIPT

Local health officials report that at least 97 people have been killed after a Pakistan International Airlines plane crashed Friday in the southern city of Karachi. Two people on the flight survived.

An airline spokesperson told CNN the Airbus A320 was traveling from Lahore to Karachi when it disappeared from radar. He said the pilot had relayed that he was experiencing technical problems.

Witnesses told the Associated Press it looked like the pilot tried to land the plane several times before it ultimately crashed into a residential neighborhood near the airport where it was scheduled to land.

At least eight people on the ground in the neighborhood were injured. Three were hospitalized.

Pakistan's prime minister tweeted he was "shocked & saddened" by the crash, and said an investigation was being immediately launched into its cause. The plane's black box was recovered from the site late Friday.

Additional reporting from Adil Jawad of the Associated Press.