At Least 97 Are Dead After Major Earthquake Strikes Indonesia 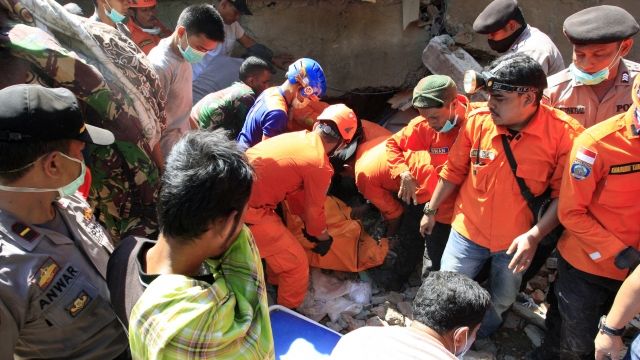 The region's army chief told reporters at least 97 people were killed and dozens more were injured. The death toll previously reported was 54.

Witnesses in the area said the quake struck just after 5 a.m. local time. By the time it was over, homes, shops, mosques and other buildings had sustained major damage or had collapsed.

SEE MORE: How The Strongest Earthquakes Can Rewrite Our Maps

A local hospital was also damaged, so medical personnel have been sent to the area to help the wounded. Many survivors are being sent to Aceh's capital for treatment.

This is Indonesia's second major earthquake of 2016. But neither came close to the quake and tsunami that hit the country in 2004. The disaster killed tens of thousands of people and left millions homeless.

No tsunami warnings or advisories have been issued for the area as of Wednesday evening local time.