At Least 9 Dead After School Building Collapse In Nigeria 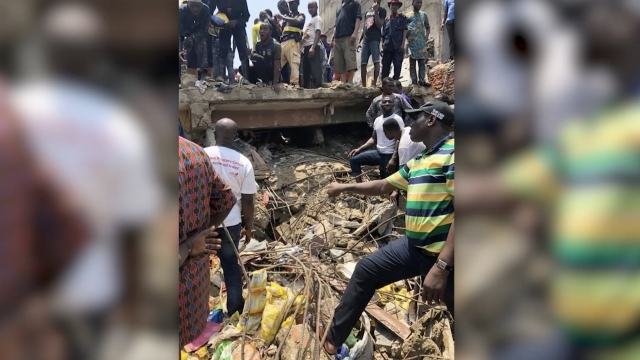 A spokesman for Nigeria's National Emergency Management Agency says at least nine people were killed after a building that housed a primary school collapsed Wednesday.

Many people, including children, were reportedly trapped in the rubble after the three-story building collapsed around 10 a.m. local time. Dozens of people have been rescued. Search and rescue efforts were continuing Thursday.

Residents say about 100 children attended the school, but it's unclear exactly how many people were inside the building at the time of the collapse.

In a statement, the governor of Lagos State said a "full scale investigation" would be launched into the cause of the collapse. He added that many buildings in the area had been marked for demolition and that the school was being operated illegally in the residential building.