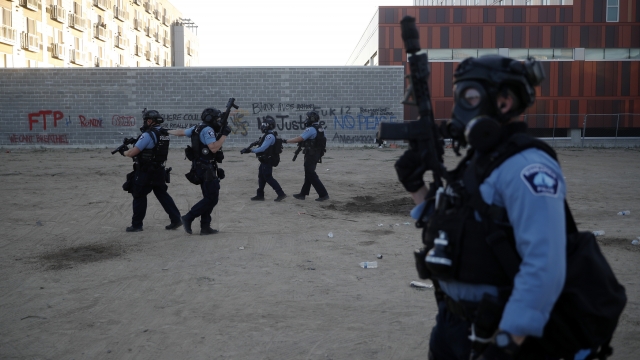 The Minneapolis Star Tribune reported at least an additional half dozen departures are in the works.

Seven officers have reportedly resigned from the Minneapolis Police Department as protests over the death of George Floyd continue.

The Minneapolis Star Tribune reported Sunday at least an additional half dozen departures are in the works.

While a police department spokesperson downplayed the departures as a non-issue, current and former officers reportedly don't feel supported by city officials and Mayor Jacob Frey.

A majority of the Minneapolis City Council has publicly supported defunding or dismantling the police department. Meanwhile, officers are angry Frey abandoned a police station that would eventually be burned down by demonstrators.

The department is facing a sweeping civil rights investigation after George Floyd died in the custody of four police officers — one of whom knelt on Floyd's neck for close to nine minutes. Allegations of brutality have plagued the department for years.