At Least 7 People Dead, Many Others Injured In Kabul Attack 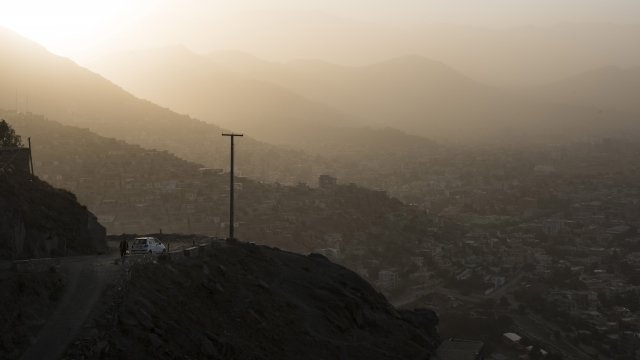 SMS
At Least 7 People Dead, Many Others Injured In Kabul Attack
By Katie Cammarata
By Katie Cammarata
June 4, 2018
Multiple outlets report the attack targeted a group of religious scholars who had gathered for a meeting in Kabul, Afghanistan.
SHOW TRANSCRIPT

At least seven people are dead and many others injured in a suicide attack in Kabul, Afghanistan.

Multiple outlets report the attack targeted a group of religious scholars who came from across the country for a meeting Monday in the Afghan capital.

No militant group immediately claimed responsibility for the attack.

This is the latest of many attacks that have rocked Afghanistan in recent months.

On April 22, 57 people died and more than 100 others were injured in a suicide attack at a government office. And at least 29 people died after two explosions April 30 in Kabul. ISIS claimed responsibility for those attacks.

In May, an explosion at a mosque in eastern Afghanistan killed at least 14 people and injured dozens more.