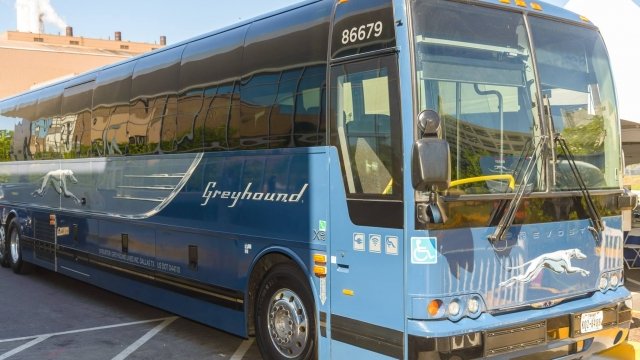 SMS
At Least 7 Dead In New Mexico Greyhound Bus Crash
By Katherine Biek
By Katherine Biek
August 31, 2018
The majority of the 49 passengers on the bus were taken to local hospitals for various injuries.
SHOW TRANSCRIPT

At least seven people are dead after a semi-truck crashed into a Greyhound bus on a New Mexico interstate Thursday.

State police say the two vehicles were traveling in opposite directions when one of the truck's tires blew out, causing it to cross the median and hit the bus.

The majority of the 49 passengers on the bus were taken to local hospitals for various injuries. Officials say the truck's driver also sustained non-life-threatening injuries.

The bus had been heading from St. Louis to Los Angeles at the time of the crash.

This is the second deadly crash involving a passenger bus in New Mexico this year. Back in July, three people were killed and 24 others were injured in a multi-vehicle crash that included a bus rolling into oncoming traffic and getting hit by a semi-truck.