At Least 61 Dead, 70 Injured After Oil Tanker Explosion In Tanzania 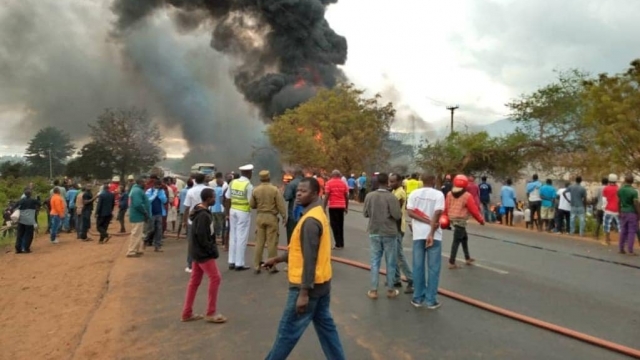 SMS
At Least 61 Dead, 70 Injured After Oil Tanker Explosion In Tanzania
By Alec Larson
By Alec Larson
August 10, 2019
The explosion happened in Morogoro, a town in the eastern part of the country.
SHOW TRANSCRIPT

An oil tanker exploded on a busy road in Tanzania Saturday, leaving at least 61 people dead and some 70 others injured.

The Associated Press reported that witnesses said the tanker had been involved in an accident and that people who ran over were trying to siphon away fuel when it burst into flames.

The explosion happened in Morogoro, a town in the eastern part of the country.

A witness told CNN that the truck lost control and overturned after swerving to avoid a motorcycle. Witnesses said it exploded about 20 minutes after the crash, with more than 150 people nearby.