At Least 5 Dead In Massive Car Pileup In Texas 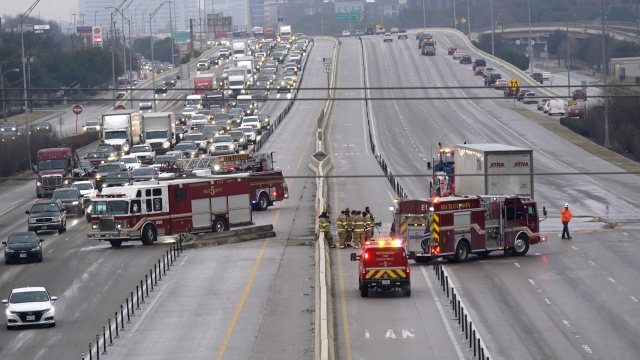 SMS
At Least 5 Dead In Massive Car Pileup In Texas
By Gage Jackson
By Gage Jackson
February 11, 2021
Several buses were brought to the scene of the accident to help transport people to hospitals so they wouldn't get hypothermia.
SHOW TRANSCRIPT

At least five people are dead following a massive car crash on an icy Texas interstate.

The deadly pileup happened near downtown Fort Worth and police say the crash involved roughly 75 to 100 vehicles.

Just south in Austin, a separate crash involved more than two dozen cars. One person was injured in that incident.

The National Weather Service has issued winter weather advisories across several states, stretching from Arkansas to Kentucky with more snow and ice expected.