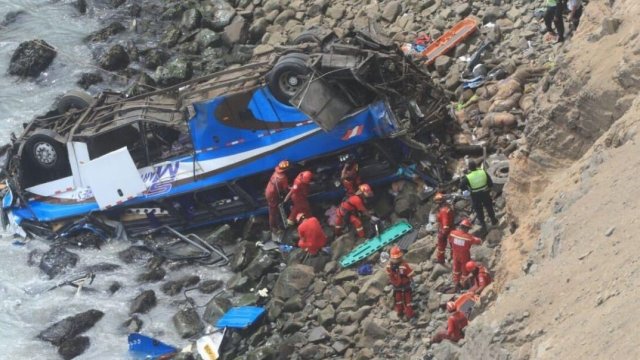 SMS
At Least 48 Dead In Peru After Bus Falls More Than 260 Feet
By Jake Jones
By Jake Jones
January 3, 2018
The accident happened on a stretch of highway called "Devil's Curve."
SHOW TRANSCRIPT

A notorious bend on a highway in Peru claimed at least 48 lives after a bus ran off the road and fell hundreds of feet to the rocky beach below.

The accident happened when the bus collided with a semi truck on what's known as "Curva del Diablo," or "Devil's Curve." Rescuers said the bus fell more than 260 feet before landing upside down. Six people survived, one by jumping out before the bus fell. 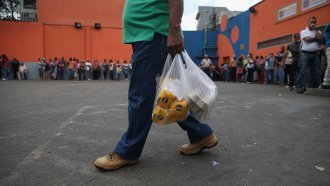 Photos released by Peru's volunteer firefighters show the treacherous terrain, which complicated rescue efforts; so far, only 24 bodies have been recovered.

Fatal car accidents are common in Peru. The worst crash on record was in 2013, when 51 people died after a bus fell off a cliff into a river.