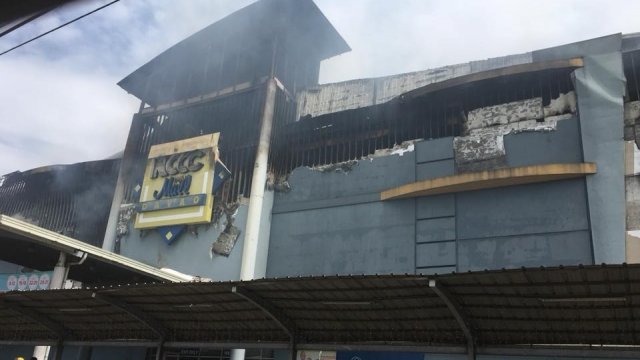 It took fire crews roughly 24 hours to extinguish the blaze.

At least 36 people are believed to be trapped in a mall in the city of Davao, Philippines, after a fire broke out Saturday morning.

It took fire crews roughly 24 hours to extinguish the blaze. According to the city's mayor, it was still too risky Sunday morning for firefighters to go into the area where the people are believed to be trapped.

Philippine President Rodrigo Duterte told the families of those trapped in the mall there was "zero chance of survival."

Philippine President Rodrigo Duterte ordered martial law on the island of Mindanao after a terrorist attack.

The fire comes as officials and emergency crews elsewhere in the country are dealing with the aftermath of a deadly tropical storm that killed around 200 people.

The cause of Saturday's fire is unknown.