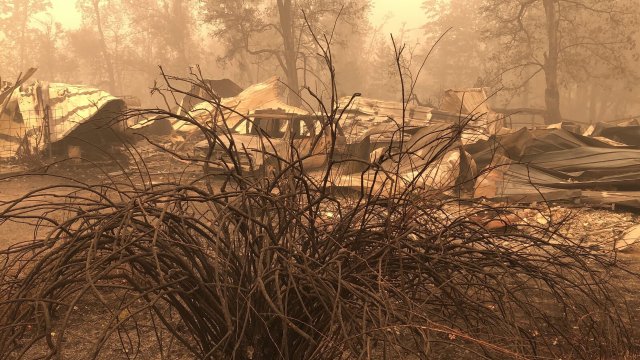 SMS
At Least 35 People Killed In Wildfires Across The U.S.
By Newsy Staff
By Newsy Staff
September 14, 2020
Tens of thousands of people have been forced from their homes in Oregon and California.
SHOW TRANSCRIPT

Wildfires in the West have now killed 35 people and authorities worry the death toll will rise.

California experienced its hottest August on record with five of the 10 largest fires in state history.

In Oregon, its governor says more than a million acres have been burned this past week. The average loss per year is 500-thousand acres.

Thousands of people are still under evacuation orders in the state. Dry, windy conditions could fan the flames through Tuesday.