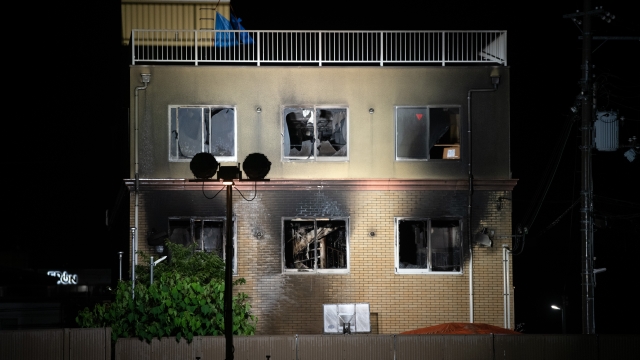 SMS
Death Toll Reaches 33 In Arson Fire At Renowned Japanese Anime Studio
By LeeAnne Lowry
By LeeAnne Lowry
July 18, 2019
About 70 people were inside the three-story building when it caught fire.
SHOW TRANSCRIPT

At least 33 people are dead and dozens more injured after a man dumped a flammable liquid around Kyoto Animation, setting ablaze one of Japan's most popular anime studios.

Authorities say about 70 people were inside the three-story building when it caught fire Thursday morning. The suspect, who is now in police custody, reportedly screamed "die" as he started the blaze. Police say he is not a current or former employee of the studio.

In a tweet, Japanese Prime Minister Abe Shinzo called it an "arson murder spree." According to The New York Times, this fire is one of the worst in recent Japanese history. The most recent major fire was in 2008, and it killed around half as many people. In 2001, a fire in Tokyo killed 44.