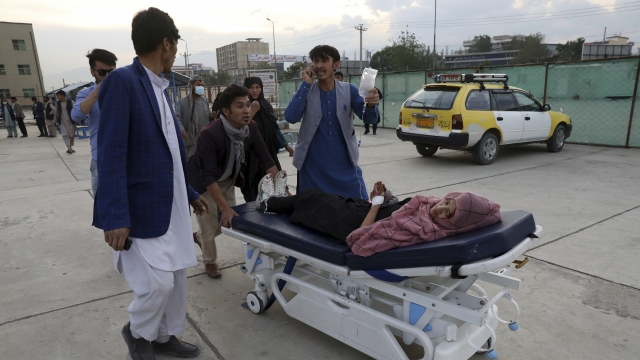 SMS
At Least 30 People Killed In Bombing At Afghan Girls' School
By Alex Arger
By Alex Arger
May 8, 2021
A bomb explosion in a majority Shiite district Saturday killed at least 30 people and wounded at least 50 in Afghanistan.
SHOW TRANSCRIPT

A bomb explosion near a girls' school in Afghanistan killed at least 30 people Saturday, with the dead including many children between 11 and 15 years old.

At least 50 people were also wounded in the attack in west Kabul.

The blast happened as the girls were leaving school for the afternoon. Residents in the majority Shiite district said the explosion was deafening. One witness told The Associated Press that he heard three separate blasts.

No one has claimed responsibility, however a radical Afghan Islamic State affiliate has targeted the neighborhood before.

The group declared war on the Shiite Muslims -- a minority in Afghanistan. And it was blamed for an attack in a maternity hospital last year that killed pregnant women and babies.

Afghanistan's Taliban rebels said they had no role in the attack. A Taliban spokesman said only the Islamic State group could be responsible for such a crime.