At Least 1 Dead, Up To 100 Injured In Hoboken, New Jersey, Train Crash 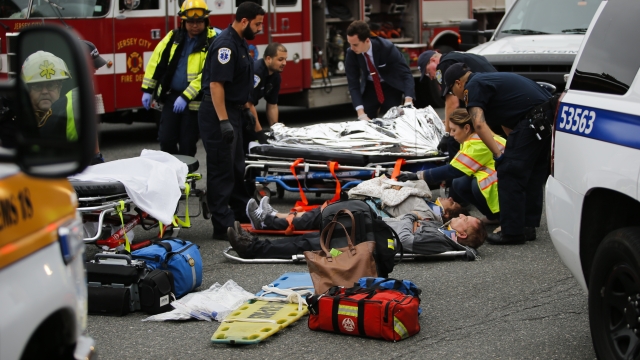 A commuter train crashed into a New Jersey rail station Thursday morning, leaving at least one person dead and as many as 100 more injured.

"The minute we turned around, we're approaching the station, so everybody is thinking the train is going to slow down. And it just collided. I saw a couple of gentlemen bleeding," passenger Jamie Weatherhead-Saul told WABC.

According to local media, the train smashed into New Jersey Transit's Hoboken terminal at about 9 a.m., causing major damage.

The cause of the crash wasn't immediately clear, but preliminary reports suggest it was an accident or caused by operator error.

The Hoboken station was the site of another train crash in 2011 that injured 34 people. It was reportedly caused by a mechanical failure.