At Least 222 Dead, 800 Injured After Tsunami In Indonesia 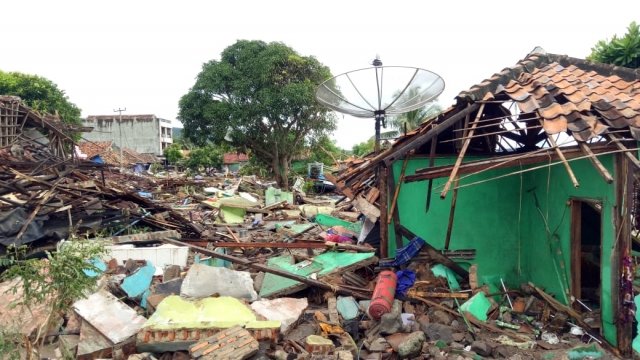 SMS
At Least 222 Dead, 800 Injured After Tsunami In Indonesia

At least 222 people are dead and more than 800 others are injured following a tsunami that was likely triggered by a volcanic eruption in part of Indonesia.

A spokesman for Indonesia's natural disaster agency says hundreds of homes have also been destroyed. The agency expects the death toll to continue increasing.

Rescue efforts and evacuations are still ongoing as of Sunday.

This is just the latest natural disaster to rock the island nation in past months. In October, an earthquake triggered a tsunami in part of Indonesia, leaving thousands of people dead.