At Least 22 People Dead, 14 Injured After 3-Vehicle Crash In Uganda 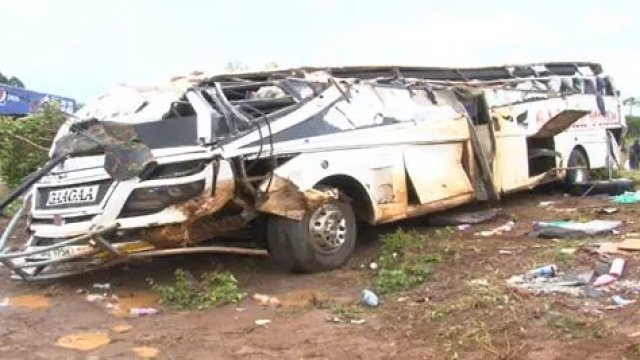 The Ugandan government declared three days of national mourning Sunday after at least 22 people died and at least 14 others were injured Friday in a three-vehicle crash.

According to a statement from the country's prime minister posted by the Uganda Police Force, the crash involved a bus, a tractor and a truck. The statement says initial investigations "point to speeding and vehicles in faulty mechanical conditions as the cause."

The statement also says Ugandan President Yoweri Museveni ordered all flags on public buildings to fly at half-staff for the three days of mourning starting Sunday.

Museveni also directed the government to help pay for burial arrangements for those who lost their lives.