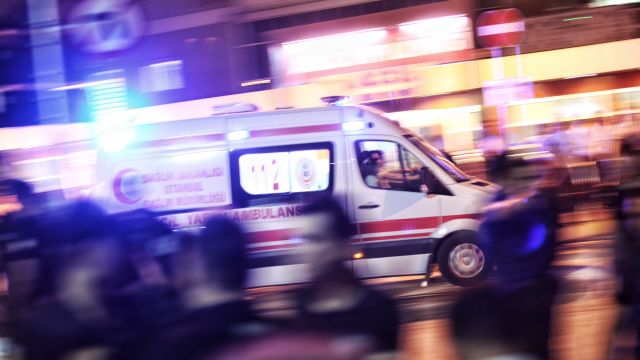 At least 50 people were killed and more than 90 wounded after an explosion struck a wedding in southern Turkey.

President Recip Tayyip Erdogan said ISIS is believed to be responsible for the suspected suicide bombing. It happened Saturday outside a wedding hall in Gaziantep. The explosion reportedly targeted attendees of a Kurdish wedding.

Gaziantep is about 40 miles from the Syrian border and has been targeted by suicide bombers from ISIS in the past. Kurdish militant groups, such as the PKK, have also carried out similar attacks in the country.

Erdogan reportedly said Thursday there is "no difference" between ISIS, PKK and the group believed to be responsible for the attempted coup last month.

Turkey's media monitoring agency introduced a temporary reporting ban in the immediate aftermath of the bombing, and there were several reports of a government clampdown on social media, as well.