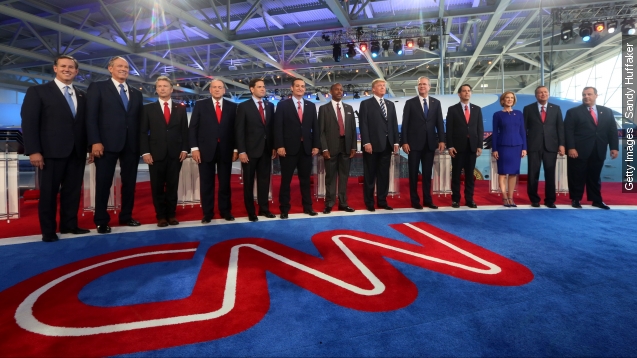 While most of the GOP considers a higher minimum wage a non-starter, Ben Carson and Rick Santorum have different ideas.

At least two GOP candidates actually do want to raise the minimum wage.

"All we want to talk about is, what happened to our business? There are people who work in that business," said Rick Santorum.

In Wednesday's GOP debates hosted by CNN, Ben Carson and Rick Santorum said they were in favor of raising the minimum wage, setting them apart from their GOP counterparts.

A position Rick Santorum has long held since he was a Congressman. Now Santorum proposes a fifty cent an hour increase over three years — less than what President Barack Obama has proposed, an increase of $2.85 an hour. ( Video via Rick Santorum)

Unlike Santorum, Ben Carson said he would "probably, possibly" raise it. His idea is a little different.

"I think we also have to have two minimum wages, a starter, and a sustaining because how are young people ever going to get a job if you have such a high minimum wage. ... and index that so we never have to have this conversation again," Ben Carson said.

Carson wants the federal minimum wage to adjust on its own to keep up with inflation. An idea already put in place by 11 states. ( Video via Ben Carson)

Still, most GOP candidates do not want to raise the minimum wage — falling back on traditional conservative talking points on education and business. ( Video via Scott Walker, Lindsey Graham)

"The best way to help people see their wages go up is to get them the education, the skills they need, to take on careers that pay more than minimum wage," said Scott Walker.

"I'm going to try to create an environment where somebody else will open up a restaurant across the street to hire you away at a higher rate, or they'll have to pay you more to keep you," said Lindsey Graham.