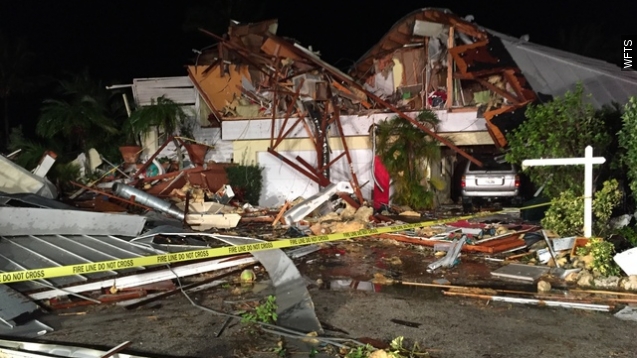 At least two are dead and several others are injured after four tornadoes hit Sarasota, Florida, and nearby areas Sunday morning.

Several homes and properties were destroyed, and the storms left about 20,000 homes in the area without power.

Local emergency officials report at its height the area was at a level 2 hazard.

The strong storms moved from Sarasota to other parts of Florida, prompting several tornado warnings and watches across the state Sunday morning. (Video via National Weather Service)