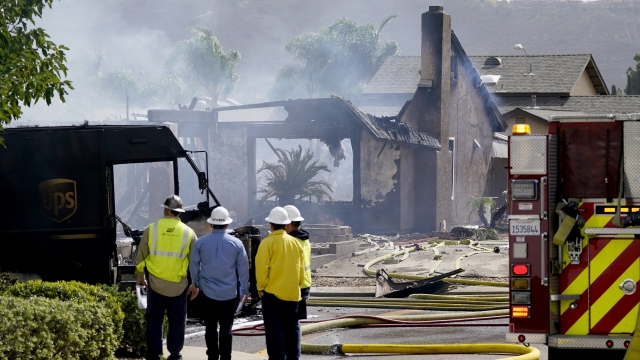 It wasn't immediately known whether the victims were on the ground or on board the twin-engine Cessna that went down around midday in suburban Santee, about 20 miles northeast of downtown San Diego.

Two homes and multiple vehicles, including a box truck, were destroyed by fire, officials said.

TV news footage about an hour after the crash showed the fire extinguished and two houses and the truck still smoldering and gutted by flames.

It wasn't immediately known where the flight originated or was headed, or how many people were on board.

The crash happened about three blocks from Santana High School in the city of about 50,000 residents. The school said on Twitter that "all students are secure."

This is a developing story and will be updated as more information is made available.