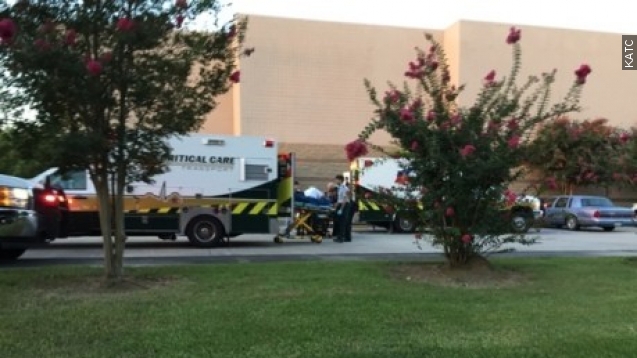 We don’t know much about the man police say opened fire on a movie theater in Lafayette, Louisiana, but so far, a picture has emerged of a disaffected drifter — estranged from his family and who sympathized with white supremacist groups.

"He's been in Lafayette since early July as far as we can tell. He was staying at a local motel.  … We found wigs and glasses and disguises basically in his room," Lafayette Police Chief Jim Craft said Friday.

According to police, John "Rusty" Houser purchased one ticket and sat by himself during a screening of "Trainwreck" at the Grand Theater multiplex in Lafayette.

About 20 minutes into the film, authorities say he fired 13 shots with a .40-caliber handgun, killing two people and wounding nine others before turning the gun on himself. (Video via ABC)

Authorities are still searching for a motive — trying to piece together his criminal history and accounts from those who knew him.

The Times-Picayune reports the 59-year-old had been charged before with arson, speeding and selling alcohol to a minor.

And he was denied a pistol permit in 2006. This, according to authorities who told The Advocate, Houser "had some mental health issues."

We also know that after he was evicted from his Alabama rental home last year, he vandalized it, according to the current homeowners.

"We walked in the house — paper, paint, feces." the homeowner told the Columbus Ledger Enquirer.

According to the Southern Poverty Law Center, Hauser had posted to extremist online message boards, expressing interest in "white power groups, anti-Semitic ideas, the anti-gay Westboro Baptist Church, as well as a number of conspiracy theories."

Police say Houser likely had an escape plan Thursday night. His car was parked by the theater's exit door.