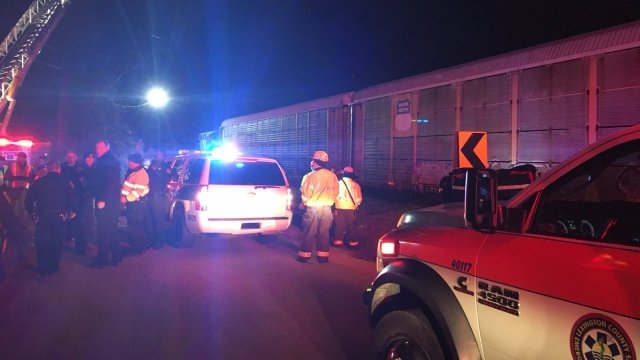 At least two people are dead and more than 100 others have been taken to local hospitals after an Amtrak train collided with a freight train in Lexington County, South Carolina, according to local authorities.

The Amtrak was carrying about 140 passengers and eight crew members, according to the company. South Carolina Gov. Henry McMaster said the two people who died were Amtrak personnel.

McMaster said in a press conference that the freight train was stationary when the Amtrak train hit it early Sunday.

The National Transportation Safety Board is investigating the collision.