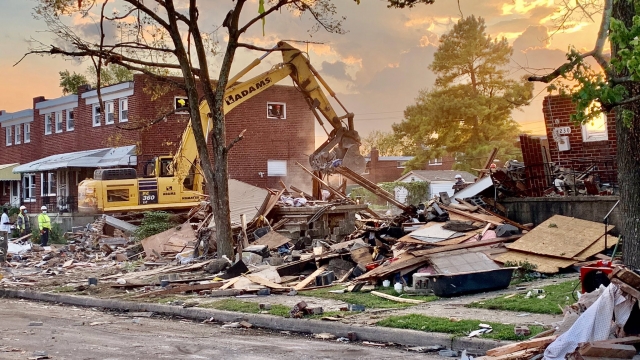 At least two people are dead and seven others are injured after an explosion rocked a Baltimore community Monday.

Investigators are working to piece together what led to the massive explosion. Neighbors scrambled to help look for people trapped under several feet of debris.

"We heard a faint, 'Hey, I'm right here.' We said, 'Keep calling out.' We figured out. We got in there and started digging by hand. Cinder blocks, glass. I mean, like, hey, I didn't have shoes on. But we weren't worried about that. I mean, it's gas. I mean, loud gas sound just in our ears. You could smell the gas. It was something like, I've never seen. Something you would see in a movie."

Fire crews and K9 units sifted through rubble for hours to look for other possible victims. The Baltimore Fire Department told Newsy nearly 200 homes were affected.

Baltimore Gas and Electric looked through records for the area to determine a cause. It didn't find any leaks. All gas for the area has been shut off. BGE said it will work with the fire department to investigate and will inspect all equipment once rescue efforts are done.