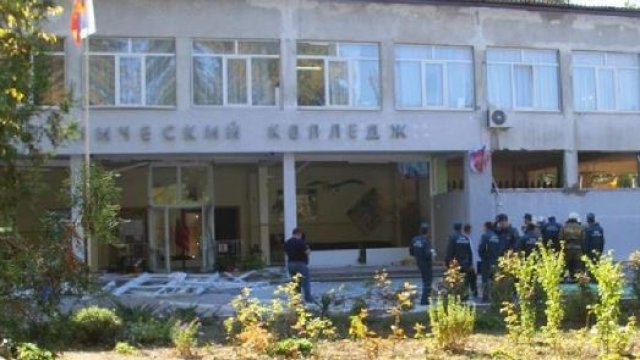 By Katie Cammarata
October 17, 2018
Russia's national investigative agency said it believes one of the college's students was responsible for at least the shooting.
SHOW TRANSCRIPT

The death toll in Crimea has risen to at least 19 people, with dozens more injured after a shooting at a technical college.

Authorities say 18-year-old Vladislav Roslyakov, a student at the college, carried out the shooting before killing himself. Most of the victims were also students.

At a press conference with the president of Egypt, Russian President Vladimir Putin expressed his condolences for the families and friends of the victims.

Along with the shooting, there were also reports of an explosion at the college. Officials say the cause was a homemade explosive device. It's unclear if the identified shooter was connected to the explosion.

The Russian Investigative Committee had said it was investigating the situation as an act of terrorism, but later reclassified it as mass murder.