At Least 16 People Killed In Attacks In Burkina Faso 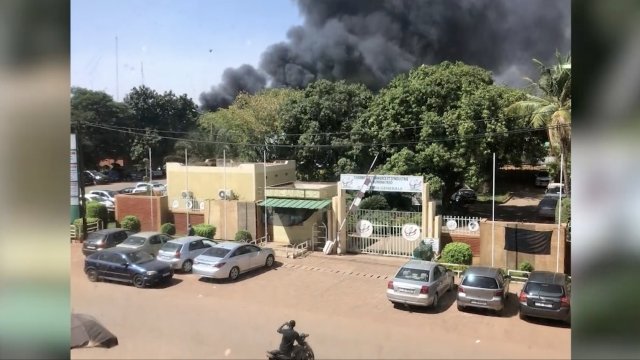 At least 16 people were killed and over 80 were injured in two attacks Friday in Burkina Faso's capital, according to officials.

The French Embassy and the national army headquarters were both targeted in the attack. Officials said at least eight members of the security forces and eight attackers were killed.

This is the third major attack on Ouagadougou in two years. No one has claimed responsibility. Al-Qaida affiliates in the region were responsible for the other two attacks.