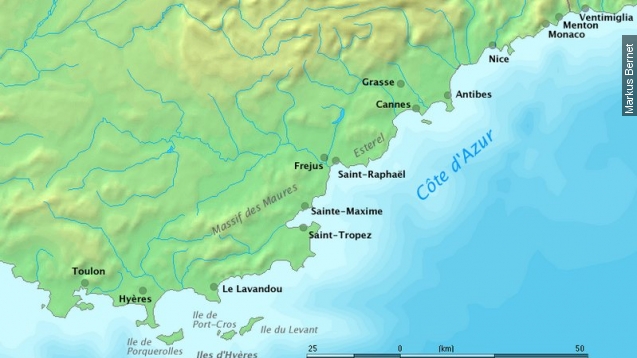 SMS
At Least 16 Killed, 3 Missing In French Riviera Floods
By Ryan Biek
By Ryan Biek
October 4, 2015
Two months' worth of rain hit the French Riviera in just two hours and caused torrential floods that killed at least 16, according to reports.
SHOW TRANSCRIPT

A flash flood in the French Riviera killed at least 16 people Saturday.

One witness told Sky News: "Before we knew it, within 20 minutes, you couldn't see the sidewalks even. There were rapids." (Video via France 2)

Three people drowned in a retirement home and another three in cars when they were trapped in a small tunnel. (Video via BBC)

An elderly woman was also swept away on a street in Cannes, and another was killed at a campsite in neighboring Antibes. (Video via France 24)

At least three people are missing.