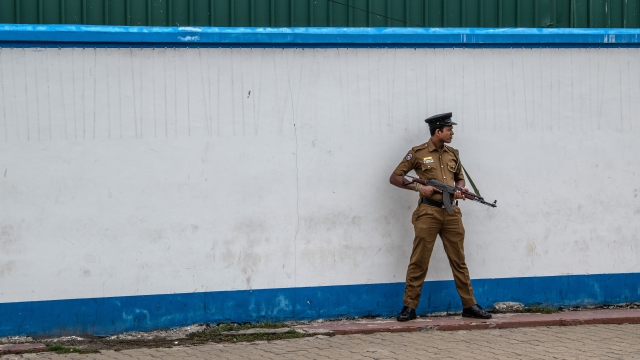 ​Sri Lankan security forces raided a house that was being used by a group suspected to have connections to the deadly Easter bombings.

At least 15 people, including six children, were killed in a shootout during a raid by Sri Lankan security forces on Saturday. Authorities were searching for suspects linked to last week's deadly church and hotel bombings that killed at least 250 people.

A spokesman for the Sri Lankan military said bombs were detonated as security forces closed in on the house, in response to a tip from local villagers. Authorities had earlier discovered a cache of explosives at a nearby residence.

Officials are still unsure if the house is directly linked to the group who plotted the Easter Sunday attacks.

The international community has mounted pressure on Sri Lanka for failing to act on warning signs of the attacks. Sri Lankan President Maithripala Sirisena has authorized a house-to-house search of the entire country. Raids began soon after the search was announced.

As part of an effort to stop the spread of false information related to the bombings, the Sri Lankan government announced on Friday that anyone found guilty of sharing false information can be jailed for up to five years.