At Least 14 People Arrested After Protests In Portland Turn Violent 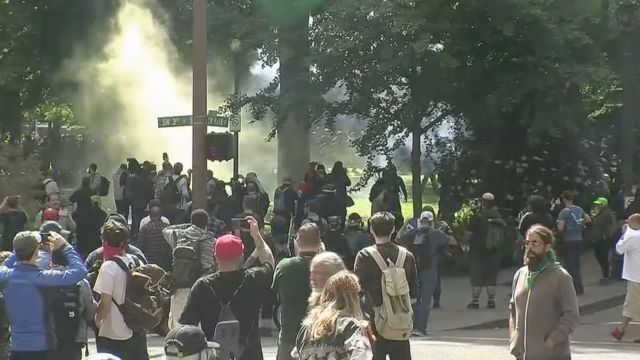 More than a dozen people were arrested in Portland, Oregon, on Sunday after a series of protests in the downtown area turned violent.

Police arrested 14 protesters throughout the day for "criminal behavior."

Most of them face disorderly conduct charges, while others were charged with carrying a concealed weapon, harassment or interfering with a police officer.

A pro-Donald Trump free speech rally brought together thousands of supporters and counter-protesters. 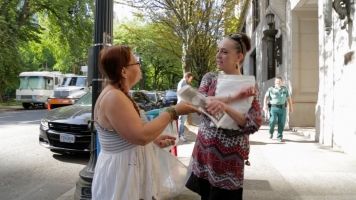 Police said the majority of those protesters were peaceful. But at one point, authorities fired pepper balls and flash-bang grenades after demonstrators threw "a significant amount of projectiles" at officers.

The demonstrations came just over a week after two men were killed and one was injured in a stabbing on a city train. The victims were trying to stop another man's anti-Muslim rant. The suspect is facing multiple charges, including aggravated murder.