At Least 13 People Detained In Connection With Istanbul Airport Attack 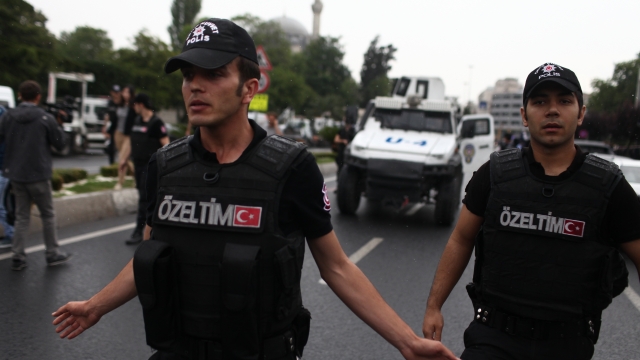 SMS
At Least 13 People Detained In Connection With Istanbul Airport Attack
By Melissa Prax
By Melissa Prax
June 30, 2016
Turkish authorities say at least nine other people suspected of communicating with ISIS were also arrested in another city in the country.
SHOW TRANSCRIPT

Turkish authorities have taken several people into custody in connection with the Istanbul airport bombing.

According to several outlets, officials say at least 13 people were detained during raids and that another nine suspects were arrested on suspicion of communicating with Syrian ISIS members and providing support to the group.

Turkish police and special operations forces reportedly conducted the raids in several neighborhoods of Istanbul and Izmir, a western city on the Aegean coast.

But Turkey's prime minister said Wednesday the idea of the terrorist group being behind the attack is becoming increasingly probable.

This video includes clips from TimeTurk and TRT and images from Getty Images.