At Least 126 Dead In Taliban Attack On Pakistan School 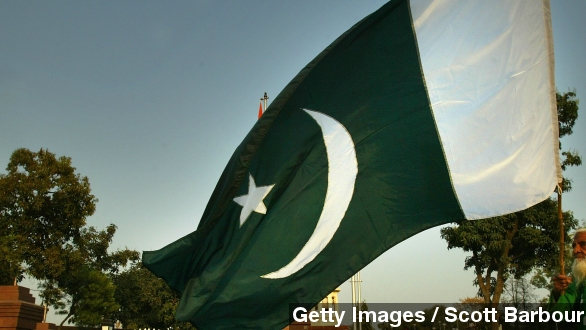 SMS
At Least 126 Dead In Taliban Attack On Pakistan School
By Jake Godin
By Jake Godin
December 16, 2014
A Pakistani Taliban spokesperson took responsibility for the attack shortly after it started.
SHOW TRANSCRIPT

Taliban militants in Pakistan have killed at least 126 people, most of them children, during an attack on a military-run school in the northwestern city of Peshawar on Tuesday morning.

RT reports that there were around 500 students and teachers inside Peshawar’s Army Public School at the time of the attack. While most escaped, some were taken hostage.

Shortly after the attack started, the Pakistani Taliban, Tehreek-e-Taliban, took credit, telling CNN six suicide bombers had scaled the school’s walls in the morning with orders to kill older students.

According to the BBC, many of the casualties were the result of a suicide blast from one of the militants. There were multiple explosions and reports of gunfire during the attack as Pakistani security forces worked to free the remaining hostages.

According to the Pakistani military, all six militants have been killed, but clearing the school and rescuing hostages was delayed by IEDs. (Video via Geo TV)

A Taliban spokesperson has said the attack is revenge for Pakistan’s recent ground offensive against the Taliban in the country’s northwestern Waziristan tribal area. The Pakistani military claims to have killed more than 1,000 militants in its operations since June. (Video via Channel 4)

Calling the attack a national tragedy, Pakistan’s Prime Minister Nawaz Sharif has convened a meeting of all of the country’s political parties to come up with a strategy against further attacks.