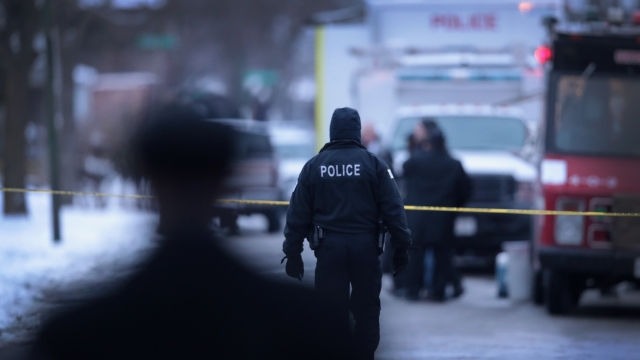 SMS
At Least 12 People Are Dead After Bloody Christmas Weekend In Chicago
By Briana Koeneman
By Briana Koeneman
December 27, 2016
Chicago police said they investigated 27 shooting incidents that left at least 12 people dead and dozens of others wounded.
SHOW TRANSCRIPT

"If anybody thinks that this is OK or that it's normal, then you're wrong," Chicago Police Superintendent Eddie Johnson told reporters Monday.

It was a very violent Christmas for the city of Chicago this year.

Over the holiday weekend, city police said they investigated 27 shooting incidents that left at least 12 people dead and dozens of others wounded. That's double the fatalities the city saw last year over Christmas weekend.

According to data compiled by police and The Chicago Tribune, there have been more than 750 homicides in Chicago so far in 2016. The last time the city saw this many killings was during the drug wars in the late 1990s.

And perhaps even more frightening — Chicago's number of homicides this year is expected to surpass Los Angeles' and New York City's totals combined.

Recent numbers show Los Angeles has seen 288 homicides in 2016, and New York City has had 325 murders.

Police say they have promising leads in several of the Chicago Christmas weekend incidents, which  occurred primarily in areas with "historical gang conflicts."