Death Toll Rises To At Least 115 In Brazilian Dam Collapse 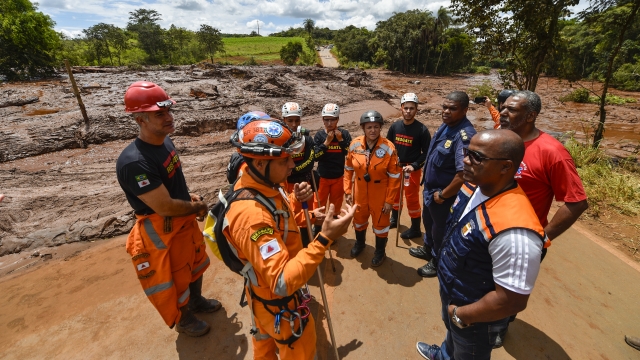 Brazil's recent dam collapse has led to at least 115 deaths, and 248 people are still missing.

The death toll has risen to at least 115 since Brazil's deadly dam collapse last week. The search continues for 248 more people, but nobody has been found alive in the past week.

The dam, which is owned by Brazil's Vale mining company, burst on Jan. 25, unleashing a powerful flood of muddy mining waste around the area. The New York Times calls it one of the deadliest mining accidents in the country's history.

Brazil has arrested five people in connection with the collapse, including three Vale employees.

The disaster comes just over three years after another major dam rupture in the country, which killed 19 people. The Independent reports that after the 2015 rupture, regulations for dam safety actually decreased.

The mine was in a southeastern Brazilian town and is crucial to the economy, so its destruction has left survivors to worry about the town's future.