At Least 11 Soldiers Killed In Kabul Military Base Attack 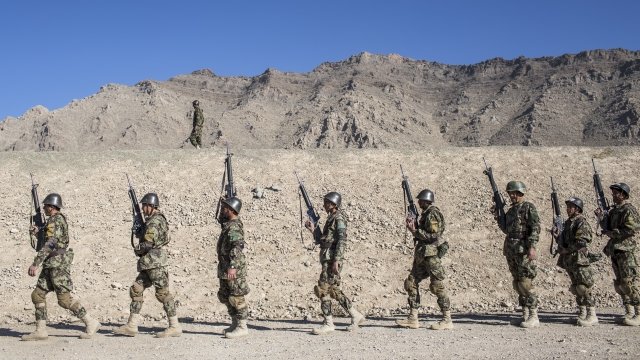 At least 11 soldiers are dead after militants attacked a military base in Kabul, Afghanistan, Monday.

A spokesman for the country's defense ministry told CNN five militants attacked the base around 5 a.m. local time. The spokesman said two of the attackers detonated their explosive vests, two others were killed by security forces and the fifth was taken into custody alive.

Sixteen other Afghan soldiers were injured in the attack. ISIS has claimed responsibility for the attack.

Monday's attack comes just days after a Taliban car bombing in Kabul left at least 103 people dead and more than 200 others injured.