At Least 100 Dead After Fireworks Display Explodes In India 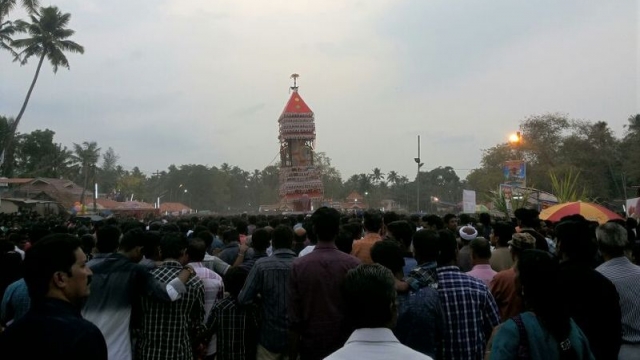 SMS
At Least 100 Dead After Fireworks Display Explodes In India
By Melissa Prax
By Melissa Prax
April 10, 2016
A fireworks spark caused a fire at a temple in Kerala, India, killing at least 100. But the display might have been illegal.
SHOW TRANSCRIPT

At least 100 people are dead and more than 200 are injured after a fireworks display exploded outside a temple in India.

The fire — reportedly caused by a spark hitting the fireworks storage — happened early Sunday morning during a temple festival in the state of Kerala.

Local media report officials denied permission for the fireworks display, but some residents say the ban was removed Saturday night.

India's union minister of state, commerce and industry said in a tweet officials would be checking if it was legal to store the fireworks.

Police told The Times of India top temple officials were missing after the fire, but it's unclear whether they were injured.

Tragedies during festivals in India aren't uncommon. The Indian Express notes there's been five fireworks accidents since 2006 in Kerala alone, including one in January of this year.

But none of those listed killed and injured as many people as the accident Sunday.

Kerala's chief minister said there will be a judicial inquiry and an investigation into the fire.