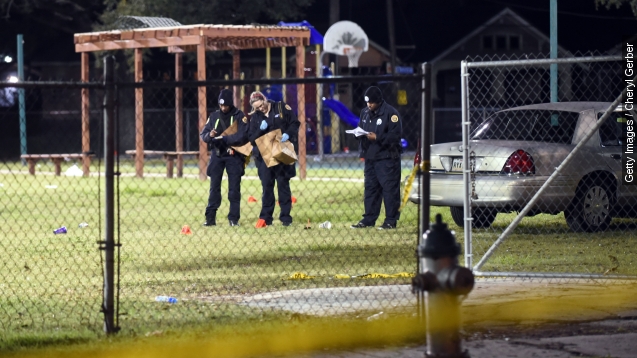 Authorities say 16 people were wounded during the incident. A crowd of 300 to 500 people were gathered at the park filming an impromptu music video when police believe several shooters opened fire.

Since the group filming the music video didn't have a permit, police were already on their way to the park to break it up.

NOPD Superintendent Michael Harrison said officers were a block away when the shots rang out.

"We believe that there were probably more than one gunman. An argument probably led to a fight and then a shootout," Harrison said.

Witnesses told The Times-Picayune a man wielding a silver-colored machine gun fled the scene. One witness told the outlet her 14-year-old niece was shot three times in the leg.

Police believe the shooting could possibly be gang related, but they are asking for the public's help in identifying suspects. Fortunately, as of Monday morning, all victims were in stable condition.