At Least 10 Dead After Suspected Suicide Bombing In Istanbul 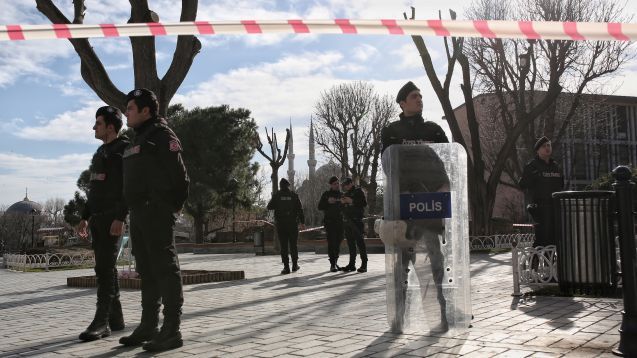 SMS
At Least 10 Dead After Suspected Suicide Bombing In Istanbul
By Ben Lawson
By Ben Lawson
January 12, 2016
Officials claim the suspect was a Syrian and believe it was an act of terrorism but haven't said if they suspect a terror group was involved.
SHOW TRANSCRIPT

At least 10 people are dead after officials say a suicide bomber set off a blast Tuesday in Istanbul, Turkey.

The attack was in an area popular among tourists. Fifteen others were also injured. Officials say a suspect in the attack was a Syrian national born in 1988.

Turkish President Recep Tayyip Erdogan blamed the attack on terrorist groups in the region but didn't call out a specific group. (Video via France 24)

Most of the victims were reportedly foreign tourists, including six from Germany, one from Norway and one from Peru.