At Least 2 Dead After Sword Attack At School In Sweden 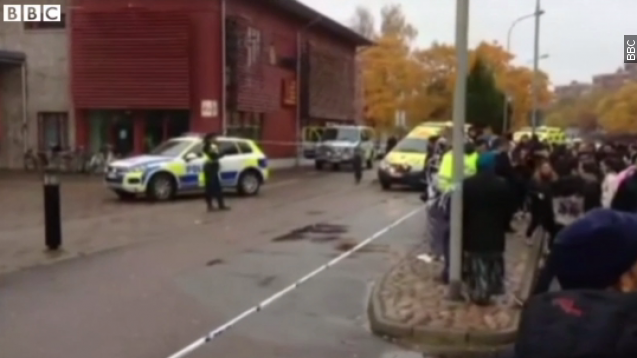 A masked man stabbed and killed a teacher and a student at a school in western Sweden Thursday before being shot and killed by police.

Another teacher and student were also injured. Authorities say they remain in critical condition. Officials have yet to release the exact ages of the victims, but they say the students are between 11 and 14 years old. (Video via BBC)

Authorities say the attacker, who was 21 years old, had "sharp stabbing weapons," which may have included a sword. A motive has not yet been released. (Video via NBC)